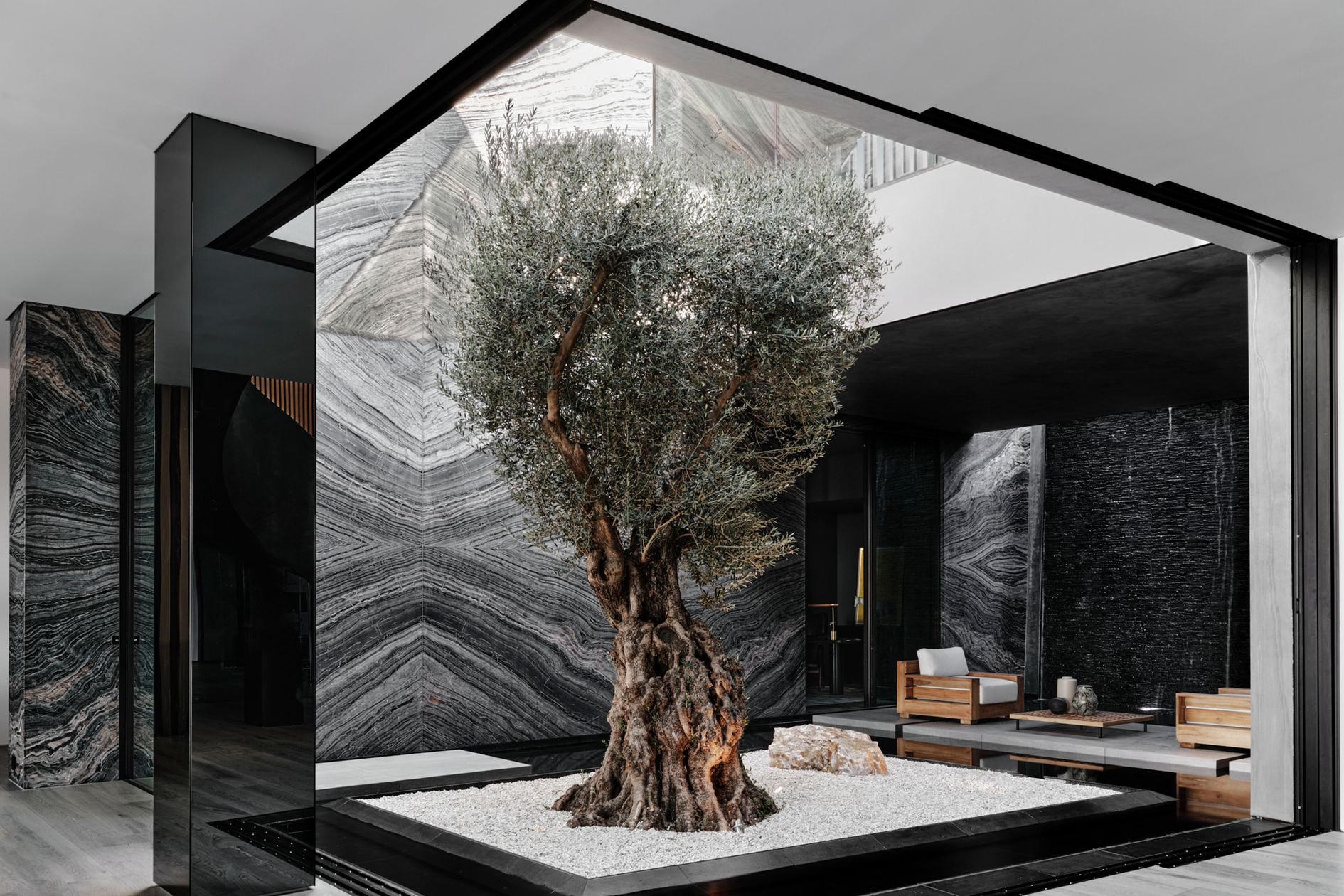 What the Heck is a “Trophy Tree”?

When people achieve a certain amount of wealth, there are not many problems their money can’t solve. So, at the highest levels, it almost seems like they start to make up their own! One such invented problem is how to install their “trophy trees.” Affluent homeowners across the country have been spending hundreds of thousands of dollars to import huge old trees directly into their homes and gardens.

When few dared to move big trees, a man named Walter Acree saw the opportunity to make a lot of money. So he developed his technique for moving large old-growth trees called “arbor division.” The trees are sliced vertically into several parts using six-foot hardened saws, transported as individual pieces to the site via helicopters, barges, super cranes, and flatbeds, and then reassembled with steel aircraft cable, ratchet straps, and bolts. Now, you’re probably thinking the same thing I did when I first read that, they killing these trees?!” But before you call out “tree abuse!” you will be happy to learn that Mr. Acree’s company “Green, Integrity’s” has transported hundreds of trees successfully. Plus, some are chosen because they are already scheduled to be cut down. 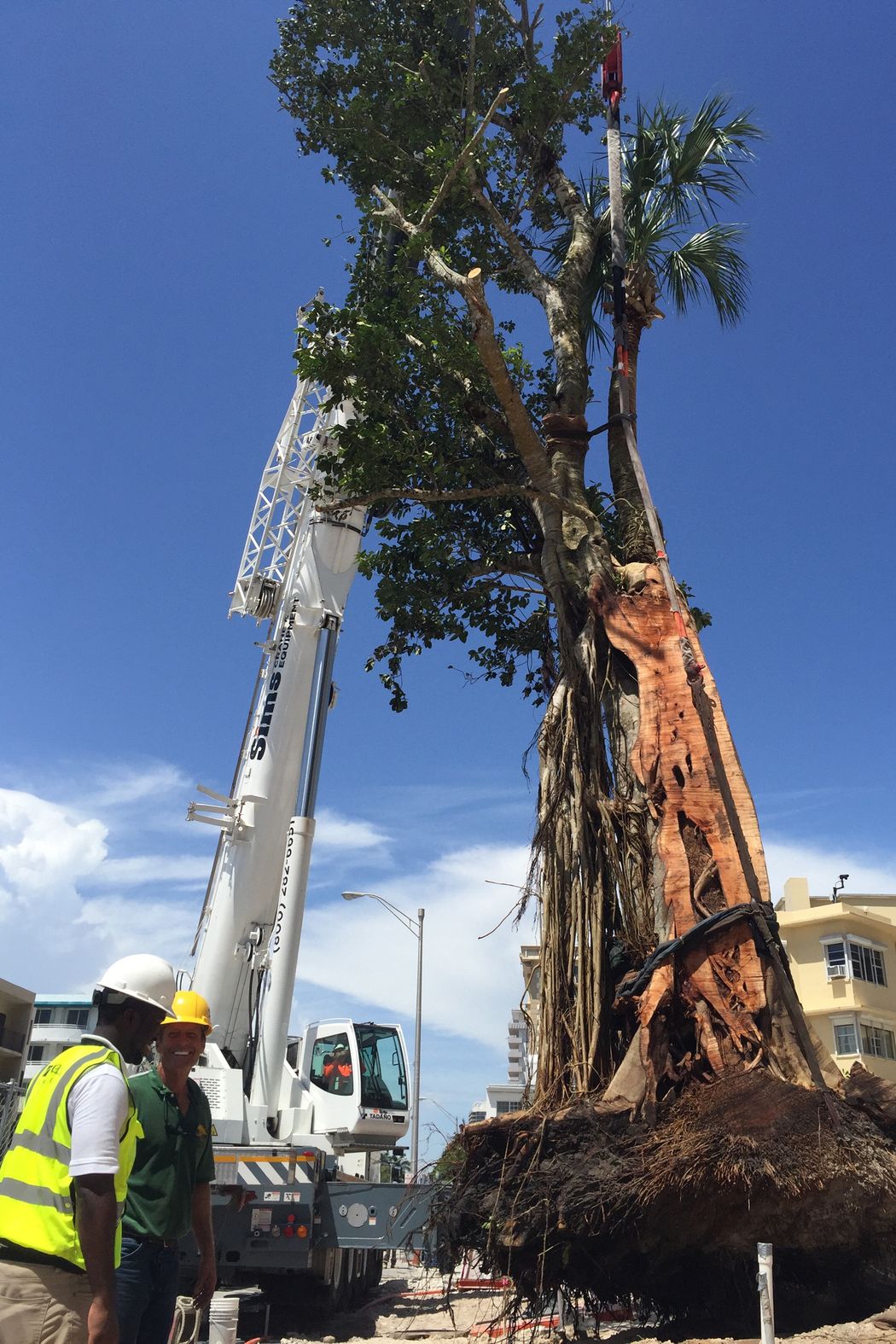 Once installed, the bark grows back as one piece. The process effectively transforms one tree into many separate organisms by leaving roots and foliage intact on each cross-section. And all in the name of decorating someone’s megamansion, courtyard, or poolside. Mr. Acree says he recognizes the absurdity of his role as a trophy tree broker, but with the caliber of his high-end clientele, “If they want it, it will happen.”

The real estate market in Denver and the surrounding counties are very similar to the one we saw in June, July, and August. In short, the number of houses for sale has increased dramatically in recent months. At the end of September, the number of active listings was almost 94% from last year. In the most recent tally, there were 7,683 homes for sale. Average home prices were up, at around an 8.5% increase. The days on the market were also up. It takes an average of 26 days to sell a home, unlike 13 days last year. And finally, the number of sales was down again in September, at around a 30% decline from last year. 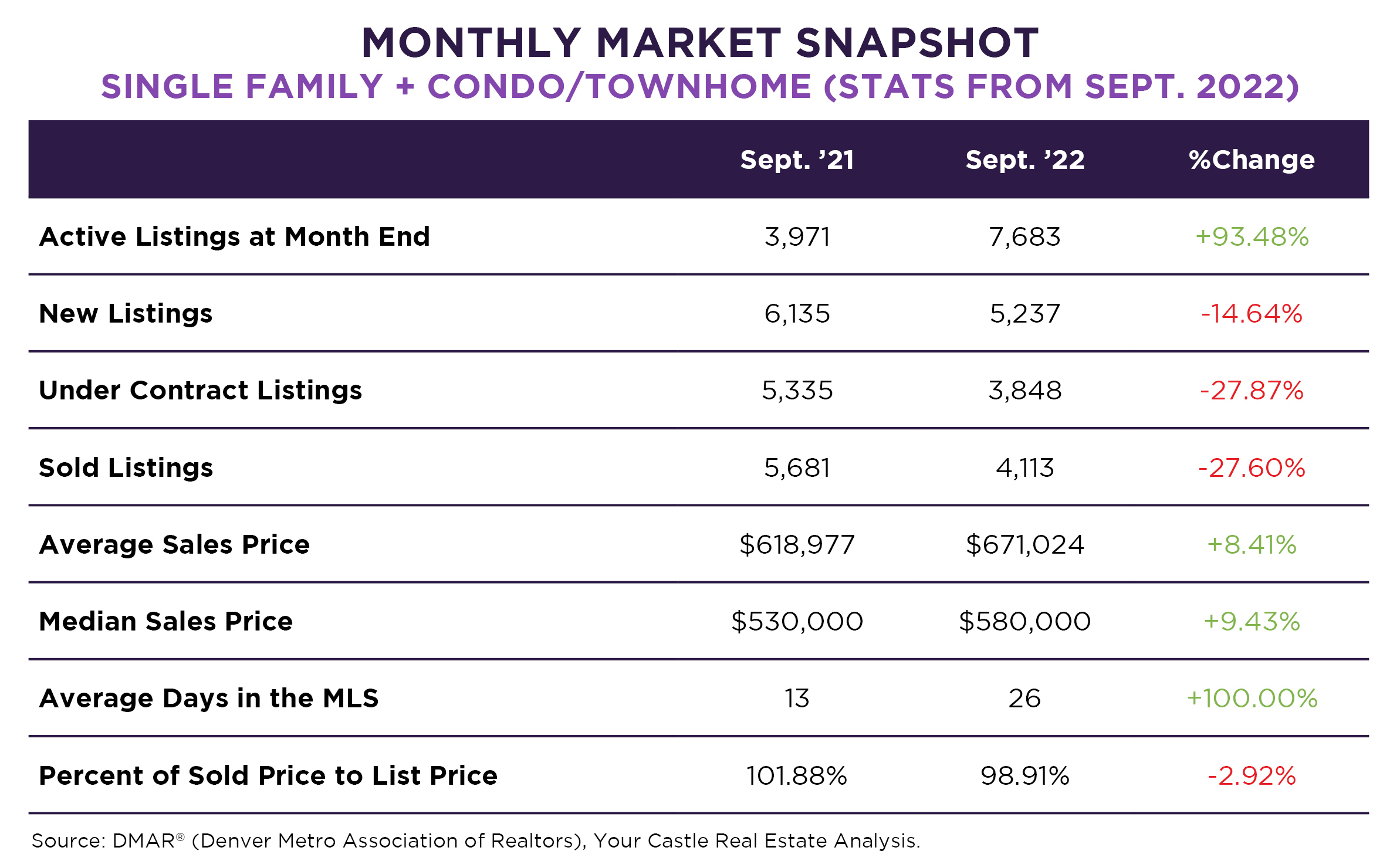 So, what does this all mean? To answer that, it is essential to have a historical perspective. It is easy to feel like, with a 94% increase in inventory, things must be getting much easier for buyers. But although the recent spike in stock has made things a bit easier on the buy-side, it is also critical to realize that this time last year featured the lowest housing inventory count in over thirty years. A 94% increase sounds dramatic, but in reality, it was a big jump from next to nothing to still-not-enough.

Inventory is still about half the historical average of 15,700 homes in September. We are also short of the 4-6 MOI (Months of Inventory) needed to move into a balanced market. In September, MOI was only about 30 days (1 month). Negotiations are getting a little easier for buyers this fall, but there is still ample room for improvement regarding having enough for-sale housing in our market.

Price Reductions Are Creeping Back into the Picture

Because this spring was such a heated market, and the news highlighted the most extreme examples of homes selling for over the asking price, some sellers are struggling this fall. The ones having the most challenging time have usually been trying to fight against their listing agent about the sales price for their home (it is their decision in the end), or they find a comparable home from the spring to help them decide their worth. 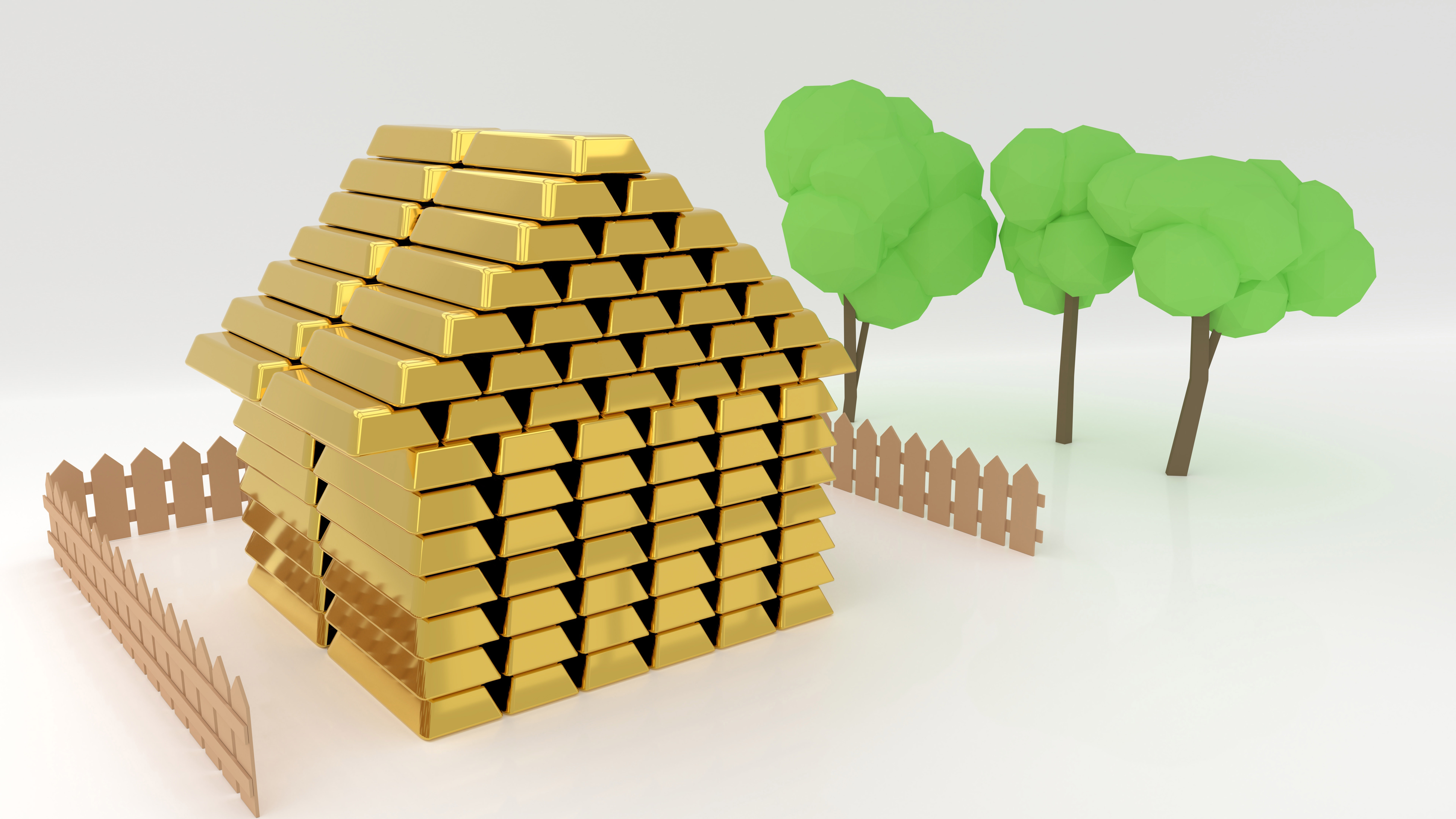 It is essential to know that most houses have not only been selling at the asking price over the summer, but in September, there were examples of price reductions showing up again in the local MLS. You can see in this month’s market snapshot further above that homes sold for an average of about 3% less than the asking price in September vs. last September (about 0.6% less than the month prior). So although we are not yet in a balanced market, and negotiations are still in favor of sellers, it is essential not to overinflate your home’s value. Especially in the seasonably slower Fall/Winter market.

In addition to price reductions due to overpricing, keep in mind that overall demand has started to cool as we enter Q4, fueled by ever-increasing mortgage rates, the recent stock market tumble, and fears of a probable global recession. Our in-house experts anticipate that the current slowdown should continue until around February 2023 (+/-).

Mortgage Interest Rates Are Still on the Rise

Since March, mortgage interest rates have continued to increase by a quarter-point to a half-point. There has been a dramatic rise in rates in a short period. Rates have not reached the level they are at today, just shy of the 7% mark, since 2002! But keep in mind that although rates are literally double what they were at the start of the year, and as a result, monthly payments will likely be higher than they would have been before — there are still more houses to choose from in the slower fall/winter months. 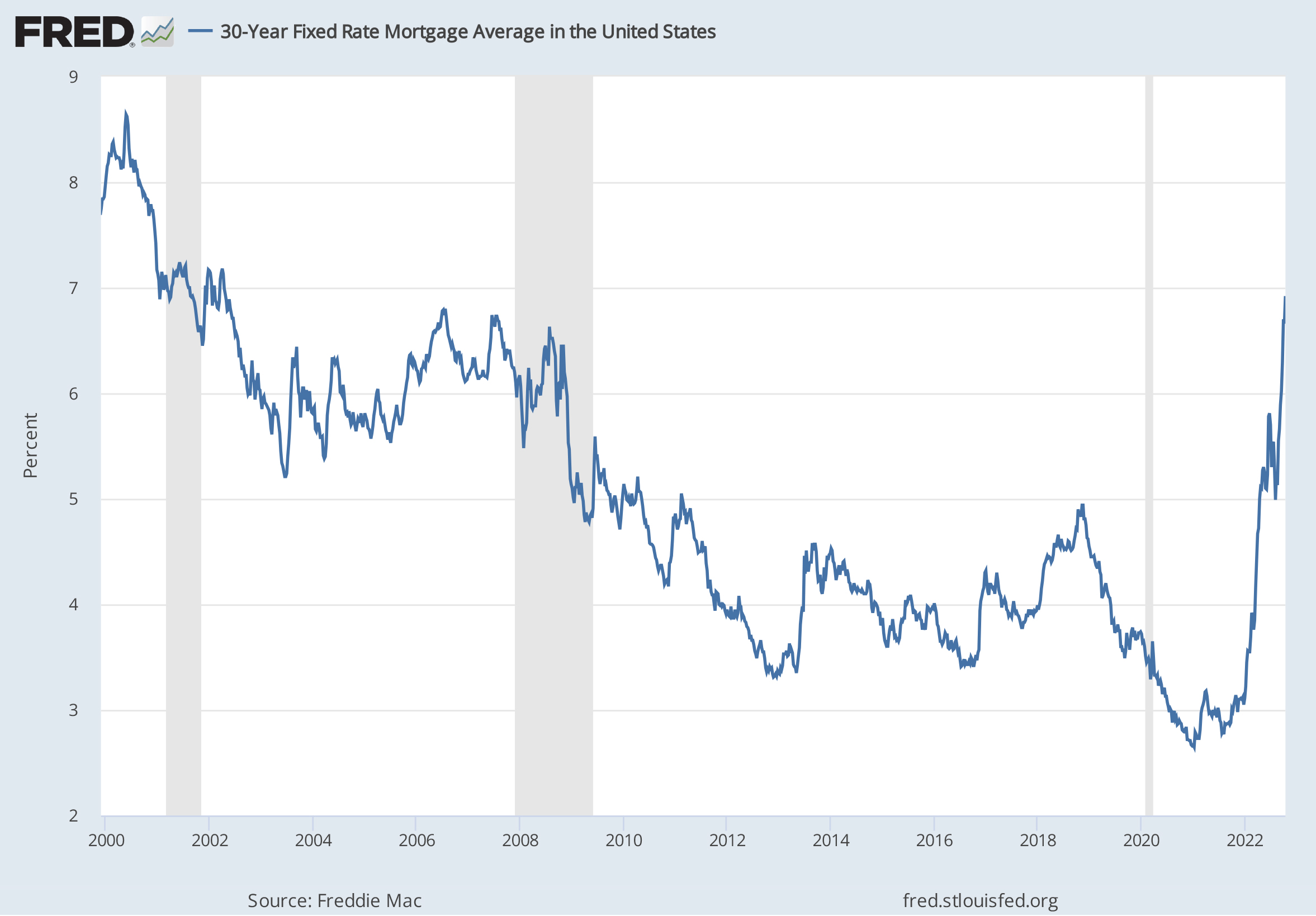 If you need a new home and can afford it, but would rather wait out the market, consider that home prices are not expected to decrease. Instead, they will likely continue to gain value at a slower rate in 2023. If you are torn between locking in a 7% interest rate at today’s prices, with almost 8,000 homes to choose from, or sitting on the sidelines and waiting for greener pastures, consider that things will likely be even more difficult for buyers in spring of next year. Rates have been on a steep incline lately, and prices are likelywill likelyigher when you start your search.

Plus, rents are increasing all the time! At least if you buy vs. rent, you will build equity over time, which is one of the main ways American families make wealth (especially when stocks are plummeting). According to our local mortgage experts, there has never been a time in Denver when you buy a house via a 30-year fixed mortgage and sit on it for ten years; you will have lost value in the property.

*We use reasonable efforts to include accurate and up-to-date information. The real estate market changes often. We make no guarantees of future real estate performance and assume no liability for any errors or omissions in the content. This is not a commitment to make a loan. Not all who apply will qualify. Loans are subject to borrower and property qualifications. Contact Loan Officer listed for an accurate, personalized quote. Interest rates, program qualifications, and offerings change without notice. The new conforming loan limit only applies to conventional loans. This article was sent as part of our effort to maintain our relationship and keep you well-informed of market conditions.