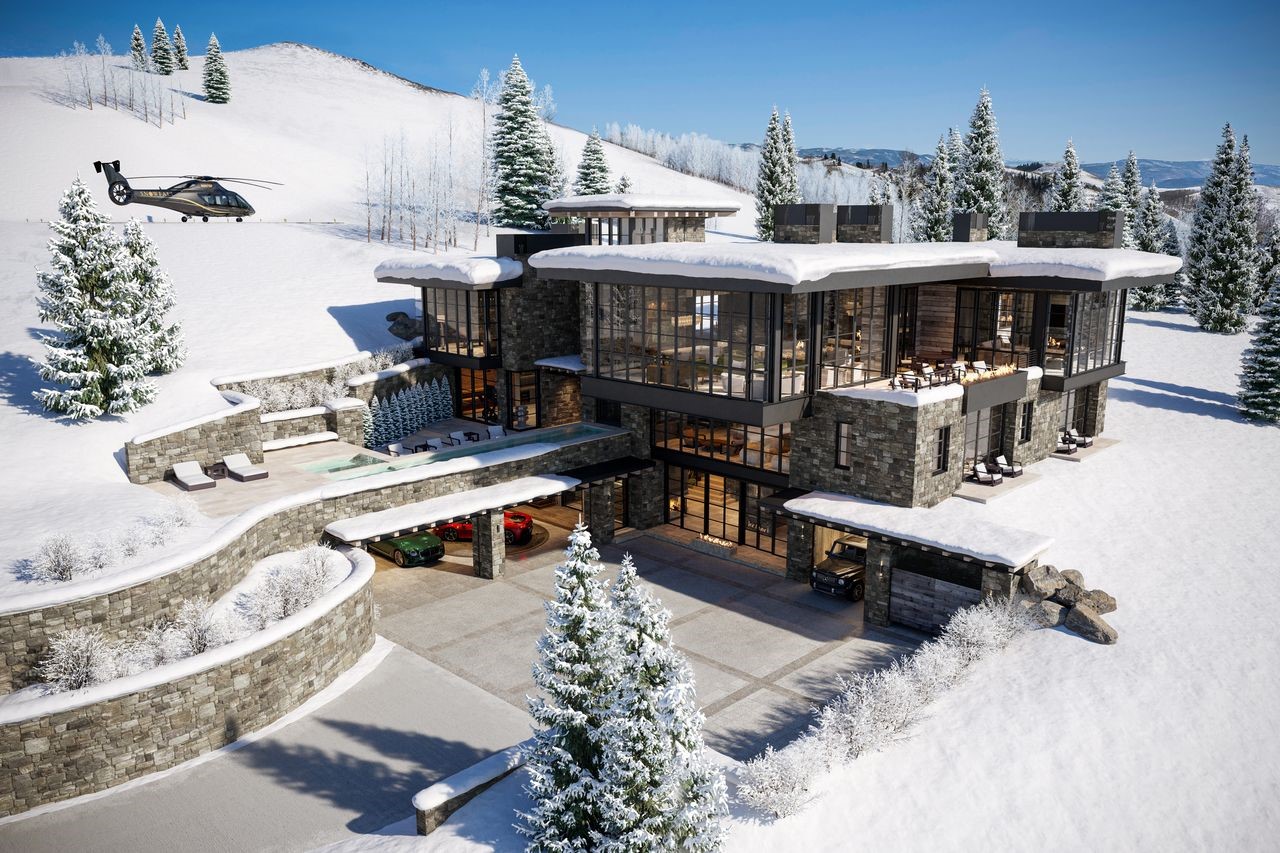 Park City, Utah — a mansion fit for a Bond villain, or maybe Bond himself, is being constructed. While many of us were busy deciding whether or not to put on pants for our Zoom meetings (or months off) during the shutdown, Matt Alcone of Alcone Ventures bought some land for this surreal project. Based on the James Bond movie Spectre, this luxury mansion is expected to feature ~15,000 square feet, floor-to-ceiling glass windows, four bedrooms with private patios & baths, a 44-foot heated lap pool, sixteen fireplaces (why not?), a reclaimed timber ceiling, a sauna, a steam room, a motor court with multiple garages, and, if the renderings are to be believed, its very own helipad.

The best part is that this home is still being constructed, so the buyer could still customize it to their whims. All that would be left to decide is if they’d like their Martinis shaken or stirred. But before you get too excited, you might want to look at the price tag. This property is pre-listed at $33.5MM, the highest-ever sticker price in the Deer Valley Resort.

Inventory is On the Rise from Last Year

One of the most striking things about the market at the end of August was that the number of new listings was almost 94% from last year. That means that buyers have many more homes to choose from. Does that mean that home prices will go down? Not likely.

The prior three years in the last 50 that average home prices went down in Denver were 1984, 2007, and 2008. The main thing those three years had in common was that there were a lot of homes for sale and not many buyers. The buyers that were shopping had incredible market power. They could buy from whichever seller they thought was giving them the best deal. We are seeing practically the polar opposite of that now. Inventory has been rising, but we are shy of the list we would need to shift into a buyer’s market. Home prices here had never declined when it was a sellers’ market like it is today. 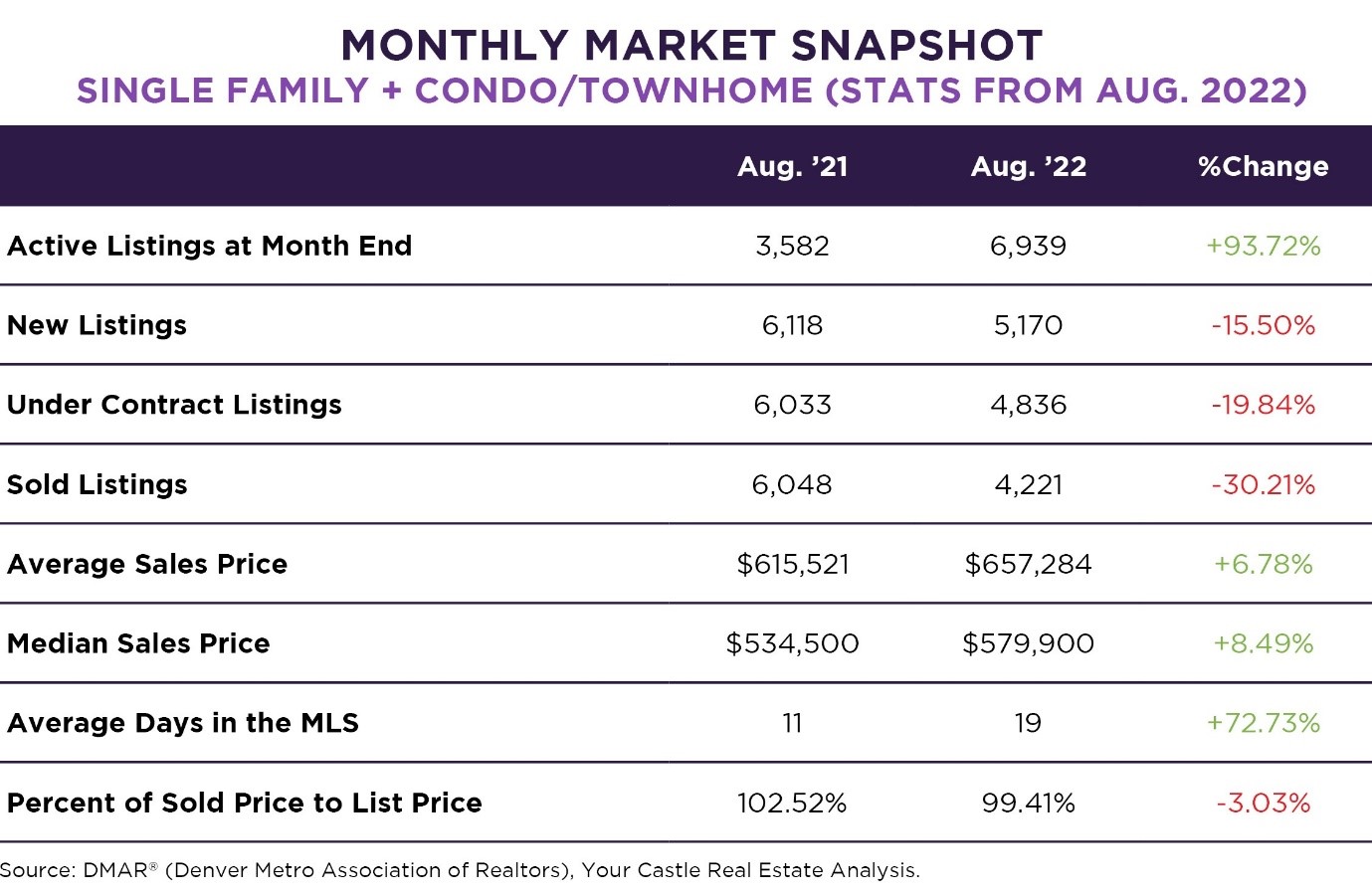 A lot of people feel like the real estate market must inevitably be heading for a crash. Some will look to rising mortgage interest rates and say, “Well, rates have to go down soon; I’ll just wait.” But there is much more room for rates to increase rather than decrease. Rates took a slight dip recently, only to shoot back up to 6.25%. That was the highest they had been since the Great Recession. You can see from this F.R.E.D. chart that rates are still well below their peak back in 1981 when rates were 16%!

Additionally, people cite higher foreclosure rates as evidence that a crash is imminent. They miss that although the news says foreclosures are “up 150% from last year!” if you look at this chart, you will see that this rise in “negative equity” is low compared with the last recession. People can generally afford their mortgages due to low unemployment and tighter lending standards. 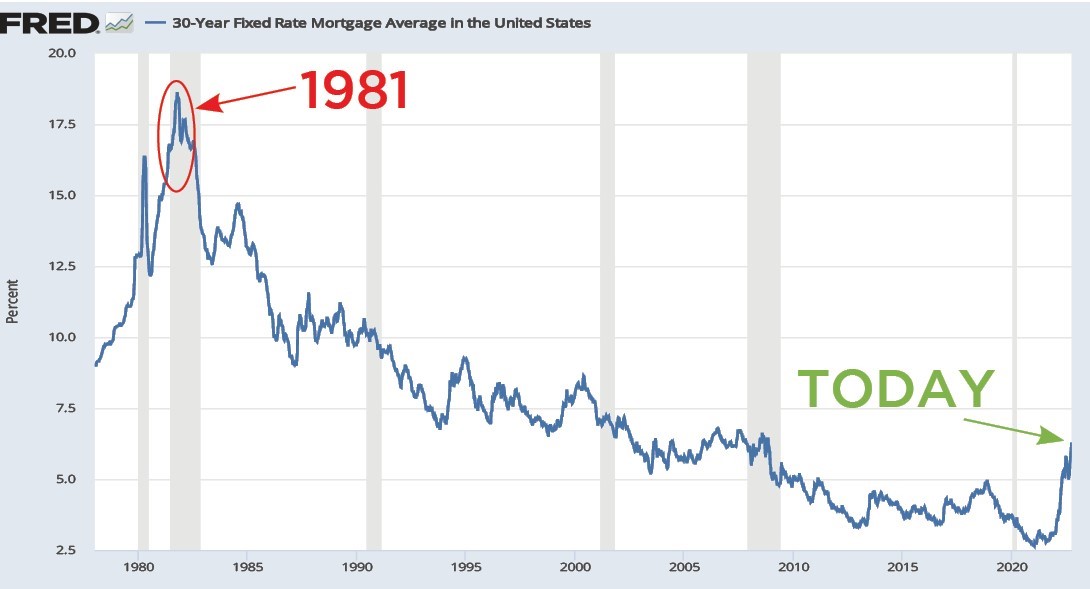 Sellers seem reluctant right now because of the uncertainty in the market. With rising rates, inflation at a forty-year high, a recession, the war in Ukraine, and the midterm elections, who can blame them? There are a lot of excuses not to sell if you need one. However, if you are a potential seller, keep in mind that prices are still up about 7% from last year. The average detached home price is $745,000, from just a few years ago.

If you decide to sell, don’t assume that your home will sell for $50K over the asking price. Just because your neighbors sold their house for $10,000 above asking in March does not mean the same thing has to happen to you. The average home premium is down about 3% from last year. Most homes are now selling near the asking price. Overpriced homes sit on the market longer and usually end up with price cuts or get taken off the market due to seller frustration. That can tarnish a home’s reputation the next time it ends up for sale….”What’s wrong with that house?” (probably nothing.)

There Might Be More Time to Think Things Through

Like sellers, many buyers are looking to pause their home searches and try to time the market just right. Because of this, things are not moving as quickly. The average number of days on the market at the end of August was 19, up from 11 days last year. So you might be able to take an evening to consider putting in an offer on your favorite home instead of diving right in an hour later and hoping for the best. Yay!

*We use reasonable efforts to include accurate and up-to-date information. However, the real estate market changes often. Therefore, we make no guarantees of future real estate performance and assume no liability for any errors or omissomissionshe the content.