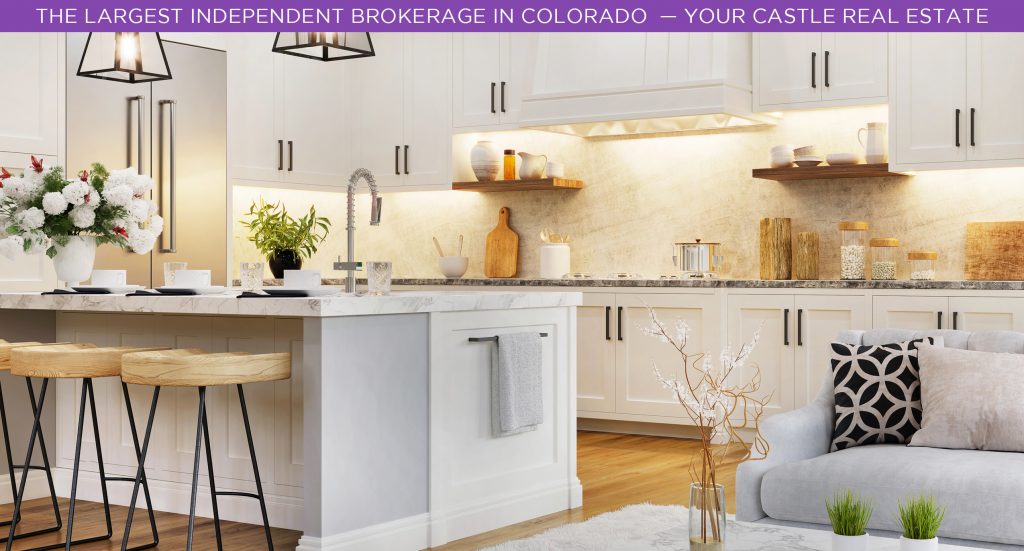 COOLING DOWN (IN A CONTROLLED & ORDERLY FASHION)

As we move into fall, the Denver Broncos seem to be really heating up (nice!), but the housing market is finally starting to simmer down. August did not show much of a change from July, but that is a good thing in this case. Based on the showing traffic, there has been a marked decline in the demand for homes since spring. That may not sound like a positive, but it indicates that the market continues to cool down in a controlled and orderly fashion. Median home prices were even down around 0.5% at the end of August, coming in at $535K. That half-a-percent decline is a good sign that the slowdown we usually see in fall and winter is actually happening this year, unlike the pandemonium of this time last year. Home price appreciation should slow sharply in the months ahead. I see this trend as stable and healthy. 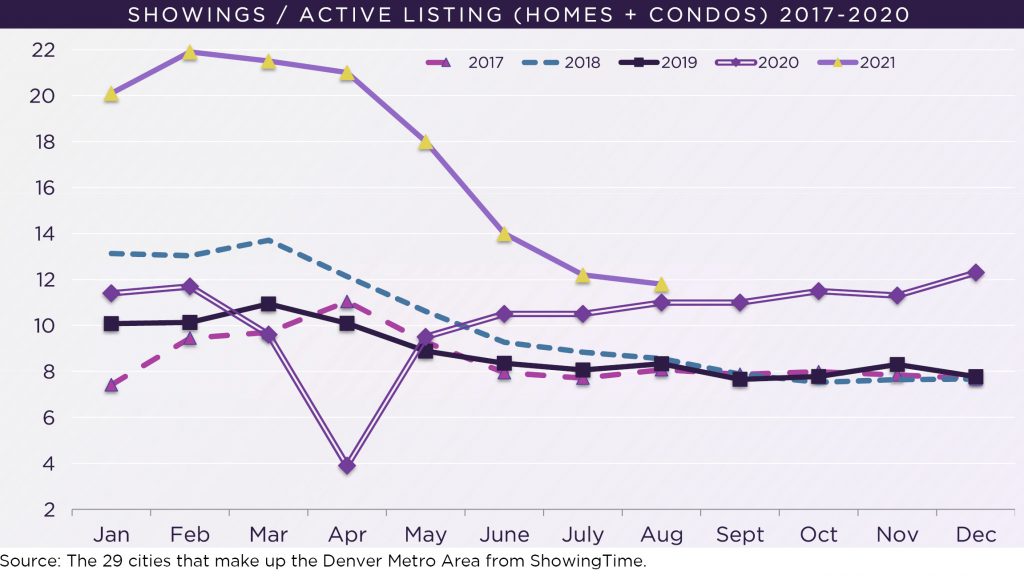 The number of active listings at the end of August in Metro Denver was around 3,600 homes and condos, down 12% from the month prior. That is the most unusual aspect of August data. We usually see an increase in inventory before winter kicks in, which is the slowest season for real estate. One reason for this decline in inventory is because many people are less enthusiastic about the market. This is due to home price increases and high rent growth. Those factors affect not only buyers but also home sellers if they decide to move. According to the Wall Street Journal, “National asking rents rose 10.3% in August. That marked the first double-digit increase in the more than 20 years this data has been collected.” The usual seasonality is that fewer buyers will enter the market from now until the end of the year. With these dramatic rent hikes, it seems like this year will follow that trend.

UPDATES FROM THE MORTGAGE WORLD

In the mortgage world, loan applications are going strong. They are running below the wild pace of 2020, but above the trend seen in 2012-2019. With low-interest rates, developers can get away with selling an excess of high-priced homes. However, as rates go up in the future, affordability will be more of a problem. Therefore, I think Denver home appreciation in the next five years is likely to be below the historical average of 6-7% per year. 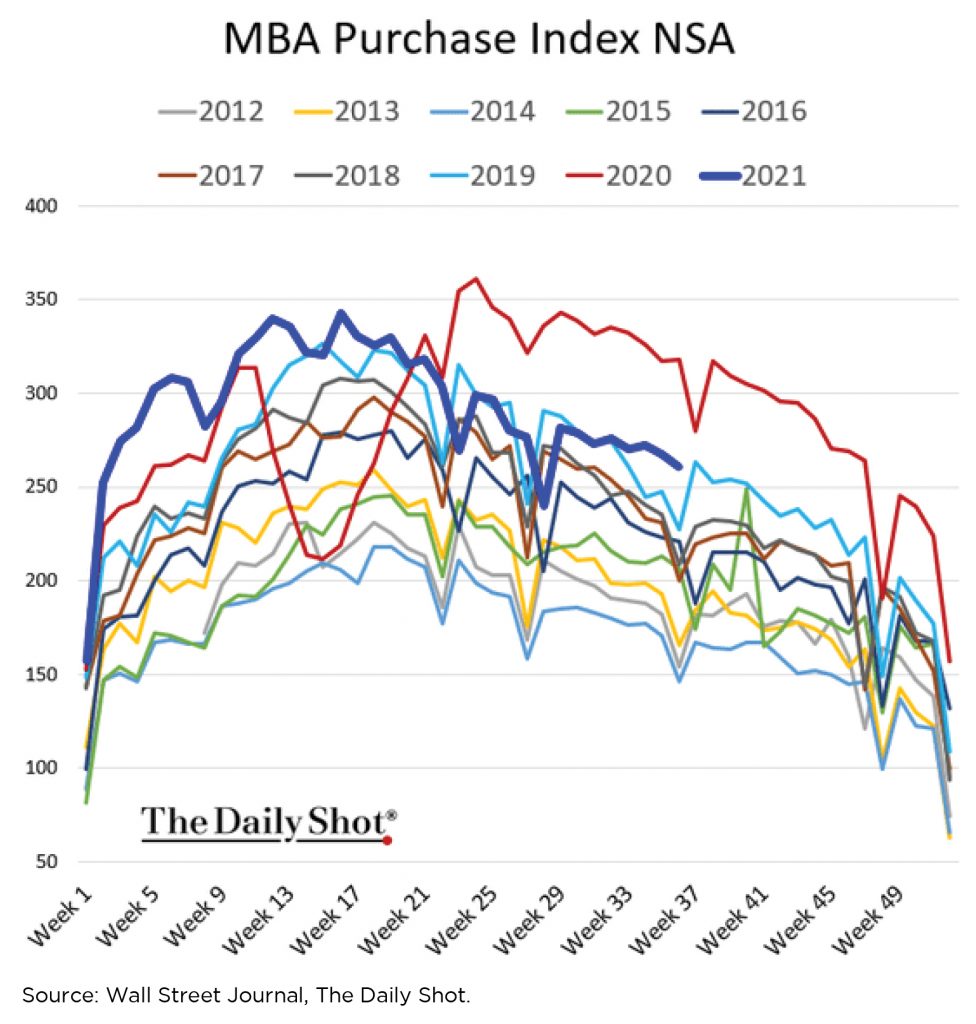 Some are worried that we will see an excess of distressed home sales as we did back in 2010 after the Great Recession and that there will be a bubble burst. I do not see that as likely. According to DMAR (Denver Metro Association of Realtors), in August 2010, the Denver Metro saw 941 distressed home sales, which represented 32.3% of sales that month. In August 2021, there were only seven distressed home sales, which represented only 0.18% of sales. As moratoriums on evictions expire, some rentals may become distressed, but according to DMAR, this should not amount to a flood of distressed home sales like we saw in 2010. The main reason I am not concerned is that in August, “tappable equity” in homeowners’ properties, or in other words, the amount available to borrow against while still maintaining at least 20% equity in their homes, reached a record high. With so much equity on the table, the odds of ending up with a distressed home sale are very low. Most people who cannot afford their mortgages would simply sell their homes and tap into that equity, thus bailing them out of any serious financial strain due to their mortgage payments.

Another common concern I have heard from buyers is that they do not want to buy at the peak of home prices, so they want to wait until prices come down. But, again, this is not likely. Home prices in the Denver Metro have gone up 45 out of the past 47 years! Based on the available data, it is not likely that this trend will suddenly reverse, and homes will become dramatically more affordable. 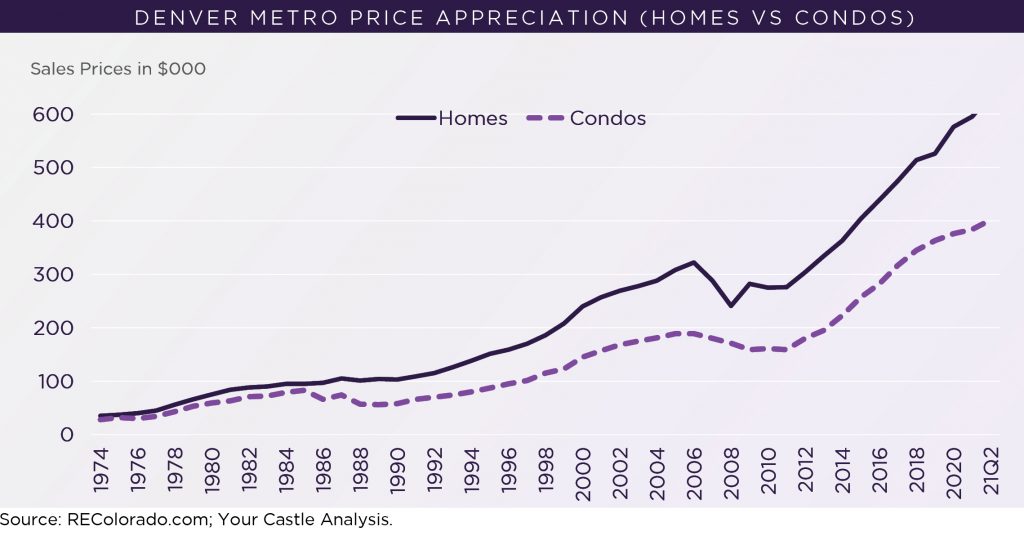 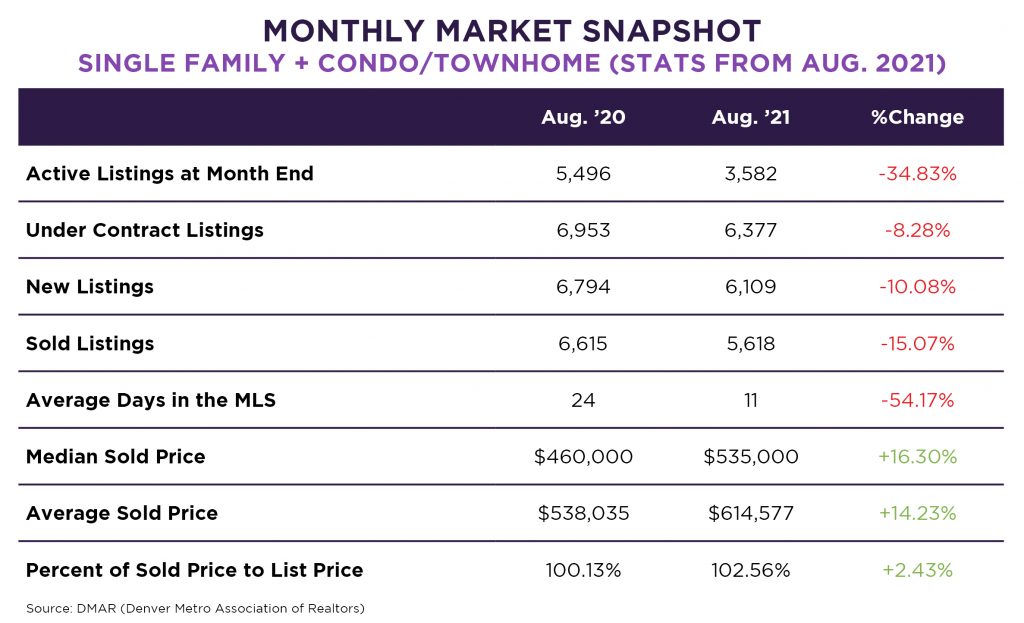